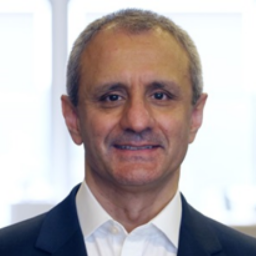 Since March 2018, Pinder Sahota has been General Manager and Corporate Vice President of Novo Nordisk UK. In his role, Pinder is passionate about improving the lives of people living with diabetes, obesity, rare blood and endocrine disorders – whether that is by driving research and innovation into key therapeutic areas, challenging health inequalities that exist in our communities or partnering with the NHS to deliver better health outcomes.

Pinder started his pharmaceutical career as a graduate in sales and marketing with companies which formed Sanofi Aventis before moving to SmithKline as Director of Neurology in Global Marketing. After the merger between SmithKline Beecham and Glaxo, Pinder held a number of national and international commercial leadership roles for GSK including VP of Commercial Operations for Diabetes & Cardiovascular. VP & Commercial Director of Poland and VP & Head of Commercial Excellence.

A champion of collaboration and dedication within the industry, Pinder has been an active member of the ABPI board for 3 years. As well as his newly appointed role of Vice President of the Association of the British Pharmaceutical Industry, Pinder is also Vice Chair of the European Medicines Group.