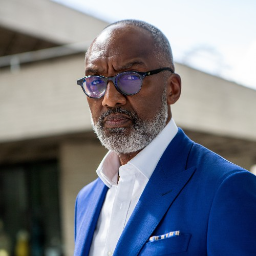 Dr Leroy Logan MBE is a former superintendent in the Metropolitan Police. He retired in 2013 after 30 years' service. He is also a former chair and founding member of the Black Police Association.

Leroy is one of the UK’s most highly decorated and well known black police officers. A highly respected and well regarded commentator on policing in black communities, he believes that there is still much work to do in creating a more equitable and fair criminal justice system.

Since his retirement, Leroy has built a reputation as a go-to person expert, using his decades of experience to give insightful, critical analysis on current events surrounding our justice system. He’s been called upon by the likes of Channel 4, Good Morning Britain, The Guardian, LBC, BBC Radio 4, HardTalk and more.

Leroy's debut book Closing Ranks, is a look at serving in the Metropolitan Police force as a Black man over three decades. It's a history lesson in race relations in modern-day Britain, and a manifesto for anyone with a desire to mentor young people.