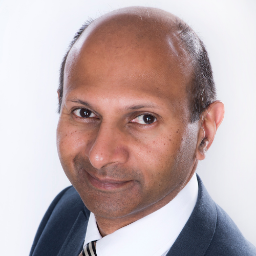 Kiran Patel is Chief Medical Officer and Consultant cardiologist at University Hospitals of Coventry and Warwickshire. He came to that role in 2019 after 6 years as Medical Director for NHS England (West Midlands). He graduated from Kings College, Cambridge University in 1993 and has been a practising Consultant Cardiologist 2005 and continues to practice despite a busy managerial role. He was appointed an Honorary Professor at Warwick University in 2018. He is also clinical lead for the Coventry and Warwickshire STP.

In healthcare policy and strategy, he has worked with NICE, the Royal Colleges and the Department of Health for over two decades. He has published papers and books and lectured widely on a national and international scale, not only in the field of cardiology, but more widely on social determinants and healthcare systems and strategy.