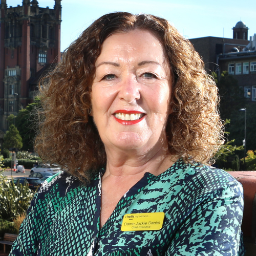 Dame Jackie began her NHS career as a nurse before moving into management, and has been a Chief Executive Officer for 20 years leading a range of acute, mental health and specialist trusts.
She was appointed as Chief Executive of Newcastle Hospitals, a top performing, highly specialised, research-focused tertiary centre in March 2018. Since then the trust retained its outstanding CQC status, and was the first healthcare organisation in the world to declare a climate emergency.
Jackie holds a range of national leadership roles, including being a member of the NHS Assembly, the Greener NHS Net Zero Expert Panel, and co-Chair of the Shelford Group.

Alongside her academic qualifications, she is a qualified personal coach, a strong advocate of developing diverse leadership and supporting women in leadership roles.

She has developed the Flourish at Work programme over the course of her career which supports and engages individuals across organisations to liberate their full potential, and has been implemented in the organisations that she has led.