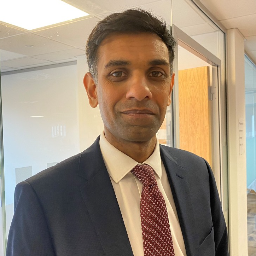 Dr Habib Naqvi is Director of the NHS Race and Health Observatory, which leads work nationally on identifying and tackling ethnic health inequalities.

Habib joined the NHS in 2001, managing large public health research programmes in the South West of England. He also spent a number of years working at the Department of Health and Social Care where he led national equality and diversity policy, including on the health sector’s response to the UK government’s review of the Public Sector Equality Duty.

He joined NHS England in 2013, where he directed the development and implementation of national health equity programmes. Habib volunteers as a trustee of the Mary Seacole Trust, and was listed in the Health Service Journal’s ‘80 most influential people in health in 2021’.

Habib reverse mentors the Chief Executive of the NHS, Sir Simon Stevens, and was awarded an MBE in the 2019 Queen’s Birthday Honours for services to equality and diversity in the NHS.