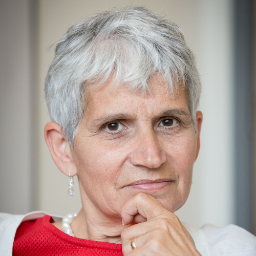 Having first trained in psychiatry at the Maudsely hospital, Dr Clare Gerada followed her father’s footsteps and became a general practitioner, working in her practice in South London for thirty years. Over this time, alongside her clinical practice, she has held a number of national leadership positions including in 2010, Chair of the Royal College of General Practitioners, only the second women in its 55-year history to hold this position. She has led the way in reforming how drug users are managed in general practice and was awarded an MBE for his services to medicine and substance misuse in the 2000 Birthday honours. Since she has led the way in developing services for doctors and dentists with mental health problems, establishing and leading NHS Practitioner Health since 2008. This has been, not only a world first, but massively impactful, particularly on young doctors and consequently on the patients they look after and the teams in which they work. The service was awarded Outstanding by CQC rating in March 2019. Currently Clare not only still leads NHS Practitioner Health but has, in 2020 established a service for problem gamblers; Chairs the newly formed registered charity, Doctors in Distress, is now co-chair of the NHS Assembly. In 2020 she was made a Dame in the Queen’s birthday honours, making her the first Maltese person to be knighted. She is a highly respected NHS professional, whose views are listened to by NHS professionals and patients alike.