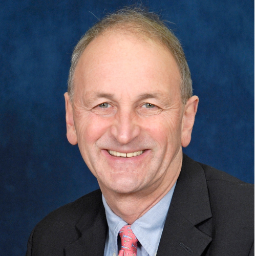 Chris Ham is currently Co-Chair of the NHS Assembly, Chair of the Coventry and Warwickshire Health and Care Partnership, and non-executive director of the Royal Free London Hospitals NHS Foundation Trust. He is emeritus professor of health policy and management at the University of Birmingham, visiting professor at the London School of Hygiene and Tropical Medicine and Senior Visiting Fellow at The King’s Fund where he was Chief Executive between 2010 and 2018.

Chris is the author of over 20 books and numerous articles on health policy and management. During his career, he has worked at the universities of Leeds, Bristol and Birmingham from where he was seconded to the Department of Health to work as the Director of the Strategy Unit between 2000 and 2004. He works at the interface between research and policy drawing on evidence to inform decision making.

Chris has advised the World Bank and the WHO as well as the governments of New Zealand and Sweden. He has served as an advisor in the UK to the Audit Commission, the House of Commons Health Committee and the National Audit Office. He has also been a board member of the Canadian Health Services Research Foundation and the Canadian Institutes of Health Research.

He is a founding fellow of the Academy of Medical Sciences, a fellow of the Royal Society of Medicine and a former vice-president of the Patients’ Association.

Chris is a regular contributor to radio and TV and writes for the national press on issues concerned with health policy and management.