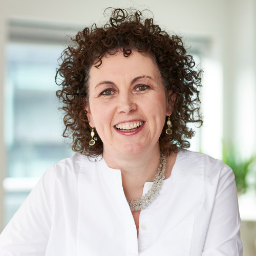 Catherine began her career in teaching before completing an MBA and joining KPMG. In 1996, her pro bono support for Place2Be inspired her to join the charity as Chief Operating Officer, and then Deputy CEO.

In 2014 she became Chief Executive and has led the organisation’s continued growth since then. In 2019 Catherine was elected to the Board of the NHS Confederation Mental Health Network.
Place2Be has provided mental health services in schools for over 25 years.