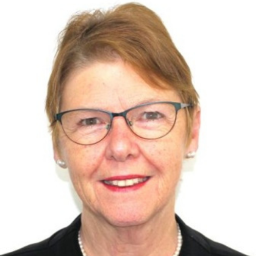 Ann has been the Chair of the Aneurin Bevan University Health Board since 2017.
She has spent the majority of her career as a CEO of large health service organisations. Her career culminated in her appointment as Director General, Health and Social Care, Welsh Government and NHS Wales Chief Executive, a post she occupied for eight years. Responsible for a budget of £5.8 billion and the oversight of all Welsh health and social care policies and health services, Ann developed the ten-year strategy for Wales, the health care standards and associated inspectorate and designed and led the restructuring of NHS Wales organisations in 2002/3 and 2008/9. She was the Accounting Officer responsible to the UK and Welsh Governments and Parliaments for all issues affecting the governance and financial management of Welsh organisations. Ann occupied the position of Health and Social Care Appointments Commissioner for London for two years, overseeing the competence of NHS Boards and their non-executives. She advised and supported the Chair and Chief Executive of NHS London on the governance and leadership criteria required for the reorganisation of the London NHS bodies.

Ann has been operating as an independent advisor and coach since 2012, specialising in board effectiveness and governance reviews, skills audits and board development and special investigations. She recently led the targeted intervention review for Welsh Government into the North Wales health services and board. She evaluates, assesses and coaches executives, chairs and non-executives in the public and not for profit sectors and is a qualified mentor and trained coach. She was a senior associate with the Good Governance Institute from 2001-2016.